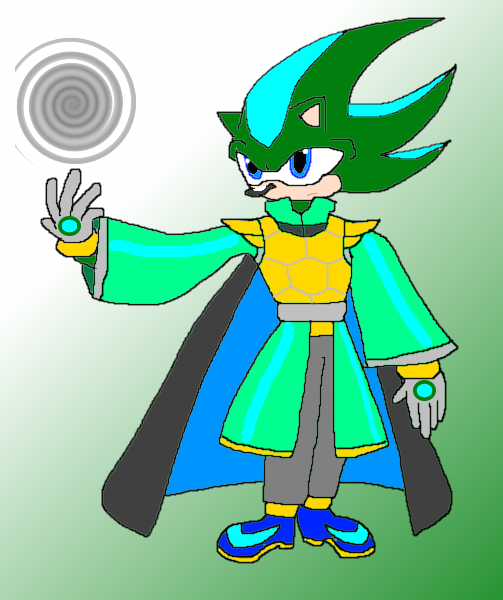 For three years, JTH Database stands firm! Soon, this wiki will be affiliated with a new wiki I will create. The said wiki contains my actual fiction world of the Antiquians and Ictistopians. It is because this wiki states the Sonic Version of JTH Universe. It is time for me to release the main dish, namely "The Awesome Void Ray's Main Continuity Wiki".

The wiki of my actual continuity is presumed to be founded on Thursday, April 23. As a teaser, the titles of my Ancient Kings retain, like "Joshua, Ventilus King" as part of the original continuity, as well as "Yuki, Ventilus Queen". However, this won't be "Yuki" anymore. I currently have many choices to deal with naming her.

Currently, I drew a photo of Yuki's current appearance. She appears as stated in the main continuity. Well, as a pure Antiquian, of course. Usually, she takes on human form, unlike the Ictistopians, who keeps their mephitine (skunk) appearance and natural characteristics. Here's the pic:

Also, the close-up shots of her current appearance for the main continuity will appear after few days, since working onthe said art takes time to be finished.

I can also create a wallpaper for her in Clip Studio Paint and will be finished tomorrow, if I can use the laptop.

Today, I finished the said wallpaper. Here it is:

More updates coming up soon! I can make Joshua and the others next week if my time is sufficient enough.

Here are the presumed full names of the characters in my main continuity:

The said wiki will only be created when our current admins will be active again.

A comic book called "The Ventilus King: Year 2757-2765" will be created soon. It features a new female character Josh met when he was 757 years old. Her name is now Astreia Lucernumbrea!

(edited by Josh the Hedgehog)
No replies yet. Be the first!