"In the name of the Imperium, onward to the battlefield!" —Josh

The Imperium of Antiquian Science & Technology (formerly called Intelligence Technology Systems or I.T.S in short) is an empire of heroic Antiquians that aim to protect Antiquus from the Equera Empire and the EggPlankton Empire. This empire currently possesses high military power. The Archon Emperor is Josh the Hedgehog.

This was made five months ago prior to the The New Organization series. At first, Josh founded this agency to build technological life throughout the Ancient Dimension. It started since Dr. EggRey & Dr. EggPlankton massively damaged the continents by stealing the continental treasures (Ancient Battle).

After the attack of the Evil Rahkshi and the two evil empires, the agency began to progress and thus renamed into the Imperium of Antiquian Science and Technology. Following this rapid progression, Josh invented the Counter Turret Set against the evil alliance.

It has a roleplay series. Please view one of the chapters for a full history.

Currently, in the list of the most powerful organizations,

...when it was first created, this army has progressed further, making it 5th place.

...Josh began the manufacturing of Knightmare Frames from Earth, making this organization raise to 3rd place.

Members (based on rank)

NOTE: Members that are struck through are former members.

There are no current warrant officers, formerly there are two.

This turret can shoot a very deadly, red precision laser beam at a single enemy. It can pierce through the target that deals a one-hit kill, but may not work when the target's armour is too thick. However, to compensate for its fixed power and rectilinear flash projectile (unlike constant laser beams), the shot is strong enough to push or knock down the thick-armored target with significant pressure. Since this turret focuses massive power in one shot, its fire rate is too slow, ranging from 7-8 seconds per salvo. It is only effective in destroying a single giant mook.

This turret can fire multiple constant currents of electricity. It is like a more versatile version of the EMP Turret, because this one consumes lower energy than the other one and can engage more targets faster than the EMP Turret.

This turret can fire high-density neutrinos projectiles at multiple targets. It can target loads of enemies with too much blinding speed and deadly accuracy. The bullets can destroy a single enemy with no delay due to the speed of the projectile which is faster than light.

This turret can fire deadly particle-based projectiles at multiple targets. This turret also has fast firing rate. It came from the left Hadron Cannon of Hadron MK II that got damaged after it has been lethally hit by the sword of Neon the Hedgehog's personal Knightmare Frame, Baryoknight. It was remade into mass-produced turrets and a new Hadron Cannon was mounted near the Hadron MK II's left shoulder.

This turret cannot fire solid projectiles, but can easily destroy a group of enemies (particularly metallic) within its attack radius by just a long-term contact with harmful radiation waves.

This is one of the most hazardous turrets in I.T.S.' arsenal, due to its devastating ability to disintegrate everything it hits on a molecular level through a three-dimensional beam (e.g. cylinder, cone, prism, etc.), turning the target into dust. However, it can consume a great amount of energy and is only used as a last resort. However, it is much more versatile than the Megablast Turret.

This turret is very effective against aerial units. It can mete out judgment on its targets by raining tons of vulcan cannon bullets at them. They can also do additional damage on light-armored targets.

This is one of the most hazardous turrets in I.T.S.' arsenal.

This turret is only used in siege combat. It is used in eliminating a gigantic group of mooks within its fairly wide range. It has nuclear properties, being able to destroy a field of enemies with a single bomb. Unlike nuclear bombs, this turret's mortar shells have lesser power. It is fairly pacified in order to minimize allied building damage.

It can shoot a thick stream of Magma Spire at incoming mooks. It is effective against thin-armored targets. However, its attack range is not so wide—it can only attack mooks within a small radius. To compensate for this disadvantage, its power rate is near-unwithstandable.

This turret is an invaluable and versatile weapon. As a normal Force Cannon Turret, it can fire super-pressurized wind orbs at multiple enemies, knocking them back 1-1.5 steps away. However, its fire rate is a bit slow. It can range from 2-3 seconds per salvo. It is very effective against rock-based enemies, since its projectiles can crush rocks without necessary effort.

This turret is the strongest and the most destructive turret in I.T.S.' arsenal. It can completely devastate a huge number of mooks in one gigantic shot. It can fire a gigantic particle beam having the speed of 299,792,458 meters per second, which can easily eradicate any weak-armored object caught inside the beam in just a flash. Because of this, its fire rate is extremely slow, ranging from 60-90 seconds. To fire one salvo, it needs 55 seconds to charge. When used consecutively, its fire rate goes slower and slower, costing 10 seconds per consecutive salvo. When charging, it may cost 5 seconds per consecutive salvo. This turret is only used as a last resort, because it drains massive energy.

This turret can lock onto and engage multiple targets at once with its Diffusion Prism property. One ray is hot enough to melt metallic objects.

NO COPYRIGHT INFRINGEMENT INTENDED. THESE TRACKS BELONG TO THEIR CORRESPONDING OWNERS. Devil Survivor 2 The Animation OST - VS 2 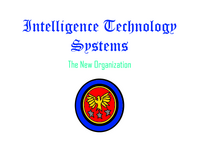 Josh the Hedgehog (General of the Org; Founder) and Rey the Hedgedragon (Minor Colonel) 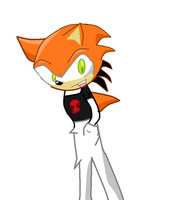 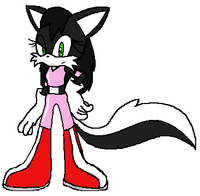 Retrieved from "https://joshthehedgehog.fandom.com/wiki/Imperium_of_Antiquian_Science_%26_Technology?oldid=20593"
Community content is available under CC-BY-SA unless otherwise noted.